Despite joining the team on a trial basis, NEO jumped right into his new role against his old team Virtus.pro for an ECS Season 7 match. FaZe Clan lost the series 2-1.

AndreN joined the FaZe Clan roster back in January of this year, helping the European superteam take first place at BLAST Pro Series: Miami, where they first knocked off Astralis 16-5 and Team Liquid 2-0 in the grand finals.

Echo Fox founder Rick Fox has released a statement to Dexerto in response to newly obtained emails that show a longtime Echo Fox shareholder has made racially charged threats against Fox, his family, and former Echo Fox CEO Jace Hall.

In the statement, given to Dexerto as part of a new report from Richard Lewis, Fox reveals that the shareholder in question has used racist language on multiple occasions before; clearly threatened Fox's family and, contrary to a statement released by the shareholder's legal team, Fox said he has had very little contact with the person in question over the last 20 years.

According to an article from Upcomer, this isn't the first time the person in question has directed racist language towards someone involved with the Echo Fox organization. In an alleged conversation between the shareholder and investor David Vittor—of which Upcomer claims to have screenshots of—the shareholder in question uses violent and antisemitic language in a text message thread.

In an impromptu interview with TMZ last week, Fox stated that if Echo Fox removed the person in question, he would stay on with the organization.

Announced in a Tweet, Hiko said that he's open to playing with a new team after spending the last year and a half with Rogue, helping the organization reach the finals at the 2018 DreamHack Open Austin.

In his storied career, Hiko played for some of the best NA teams around, including Cloud9, iBUYPOWER, compLexity Gaming, and Team Liquid, helping that organization place second at ESL One Cologne 2016.

Serving as Misfits' coach throughout the 2019 LEC Spring Split, Lee “PoohManDu” Jeong-hyeon, has announced his free agency via Twitter. 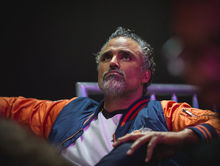 Aug 14
Counter-Strike: GO
The NiP Scandal is Bigger than You Think