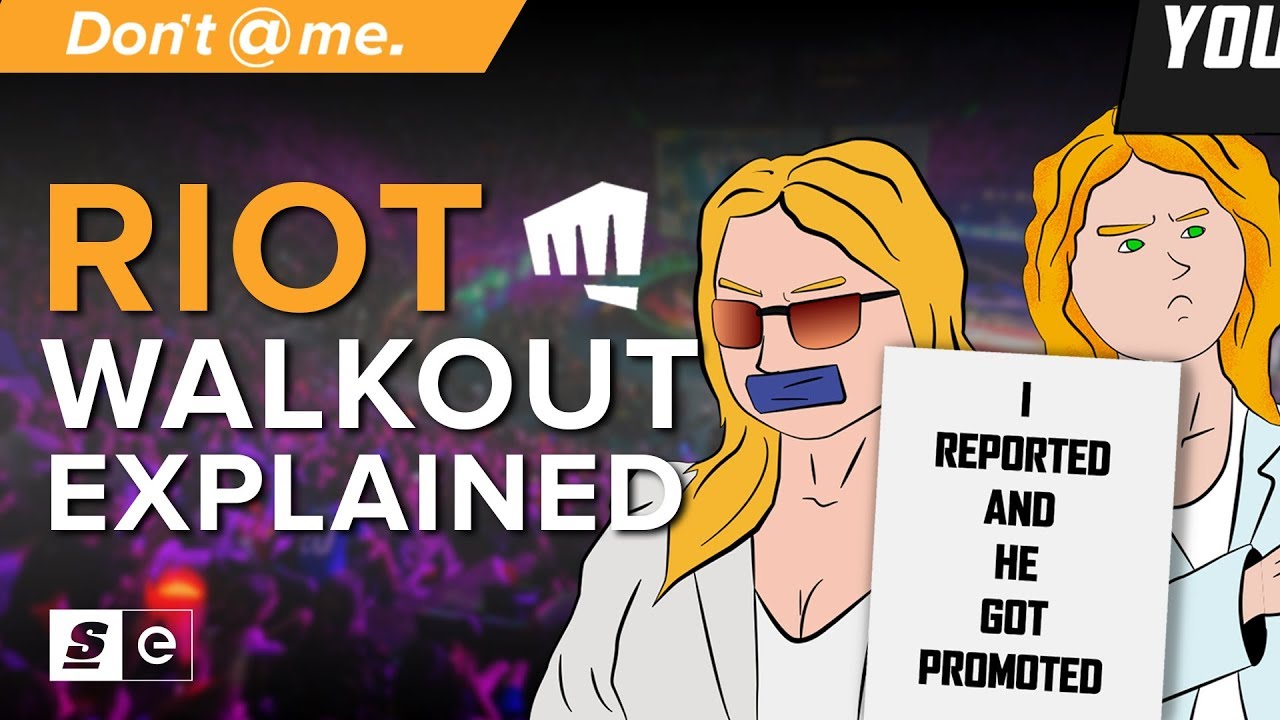 by Devin Jones 8 months ago

The state of California investigating Riot Games for Gender discrimination

According to a press release published on Wednesday evening, the California Department of Fair Employment and Housing has filed a gender discrimination lawsuit against League of Legends developer Riot Games

As part of the investigation the DFEH "Is seeking to require Riot to provide the Department with employee pay data," the press release reads. Additionally, the press release states that "Riot Games, Inc. has refused to provide the Department with adequate information for DFEH to analyze whether women are paid less than men at the company. DFEH seeks the information as part of an investigation into alleged unequal pay, sexual harassment, sexual assault, retaliation, and gender discrimination in selection and promotion."

"We’ve also made several recent requests that the DFEH participate in a call with us to address their requests. To date, these requests have been unanswered, so we’re frankly disappointed to see the DFEH issue a press release alleging that we’ve been non-cooperative. We’re confident that we’ve made substantial progress on diversity, inclusion, and company culture, and look forward to continue demonstrating this to the DFEH," Reads the Riot Games statement.

The Riot Games controversy broke last year after a Kotaku published an in-depth investigation into the alleged toxic workplace culture at the company.

According to a Complexity Gaming press release, the partnership is designed to "Create unique shared experiences and onsite activations both at Complexity’s headquarters and on Army installations to immerse U.S. Army soldiers into the world of competitive gaming and vice versa, also exposing Complexity players to soldiers’ day-to-day life.

The press release goes on to state that after Complexity's three-day boot camp, "Select U.S. Army personnel will join Complexity athletes for a gaming boot camp" later in June, culminating in an "esports tournament where the top 15 gamers will compete for various awards and bragging rights live on Army Entertainment’s Twitch channel."

Additionally, Thyy alleged that as part of the agreement for Black Dragons to throw, FaZe Clan would return the favour in a July match that's since been cancelled.

In announcing their decision ESL has handed down a massive two major penalty points, resulting in Black Dragons losing 20 per cent of all of the prize money they earned during Season 9.

Invictus Gaming mid-laner Song “Rookie” Eui-jin is stepping back from the LPL to deal with family health issues, the organization announced on Thursday.

It's not known at this time when Rookie will be returning, and Invictus is promoting substitute mid-laner Deng “Forge” Jie, until such time as Rookie returns or more news is announced.

6 months ago
Counter-Strike: GO
The NiP Scandal is Bigger than You Think

8 months ago
Counter-Strike: GO
What is a Skin? The Incredible Impact of Gaming...
Advertisement