shox on G2 regaining confidence: 'Players like ScreaM and I really benefit'

Richard "shox" Papillon is arguably the highest impact player on G2 Esports as he's simultaneously the team's in-game leader and one of their top guns, playing in tandem with Adil "ScreaM" Benrlitom.

The team have had an up-and-down season and are coming into ESL One Cologne 2016 as Challengers, but after a big 2-0 win over Luminosity Gaming (now SK Gaming) at the Esports Championship Series LAN Finals, G2 Esports are one of the biggest threats in the Major.

shox took the time to answer some questions from theScore esports, right before heading into his games at the Major, talking about his team's new dynamic and the confidence it's instilled in him.

G2 had a shaky showing at the previous Major and a bit thereafter, but you guys have really stepped up in recent performances. How would you describe your season after the Columbus Major and leading up to the Cologne Major?

Hm... it’s kinda hard to describe it in a single word, we had different periods. Indeed, we worked really hard after Colombus and our roster changed, then we had a really good showing at the ESL Pro League finals even if we lost against Luminosity in the Grand Final, but this was the first big step for the team and was a really important to boost our confidence.

After EPL, we went through a rough patch due to lack of practice (because of the busy schedule and all the travels) and it directly impacted our in-game level. We saw that after ELEAGUE and at the ESL One Cologne qualifiers, so we put in a lot of effort before ECS and it paid off. I think we are in a good form coming into the Major.

Yourself and ScreaM in particular stepped up your respective games, almost simultaneously. What’s the cause for this seemingly sudden resurgence? New practice regime, mentality, etc.?

I just think ScreaM and I work really well when we are confident, and since neither of us had won anything big for a long time, it was kind of hard. You always think you are doing something wrong, you try new things and stuff… Your brain does not work properly.

With bodyy on the team, I wanted to play differently because I felt that we had to change in order to achieve things, and it worked out well. When you see things clicking in scrims, then official matches, then on LAN, and you start winning… your confidence is boosted, and when it happens, players like ScreaM and I really benefit.

Since the roster change back in April, releasing Ex6TenZ and bringing in bodyy, you’ve taken over as the team’s IGL, but this isn’t the first time you’ve been an IGL in your career. How does being an IGL now compare to your previous experiences?

I really thought a lot before taking the lead because I had already done it in the past, and while it worked for a few months, there was a time when I could not do it anymore. So, I did not want to take the lead after I relinquished the position after some time.

But I thought a lot about it and how I could do it after a long period and I found the solution. By giving away a lot of responsibilities, especially to players like SmithZz and ScreaM, I don’t always lead them and they can also for example decide on a round by themselves. By doing this, I won’t get “burned-out” in my leadership role and I can do it for a longer period. I think that is the best way to work.

In an interview with HLTV, you mentioned that the leadership role is shared between you, ScreaM and SmithZz. How would you describe each player’s leadership style?

Hm… we really do not have a style, I am the main in-game leader. I just give credits to my players and if they want to do something they can. The only things I ask of them is that they play together and hold back on making individual plays.

I will always stick to our plan in terms of how we should play, but the players can work together to make sure the round is properly played. If I lack solutions, I ask them directly if they saw a weakness we could exploit.

You’re one of the the top fraggers in your team while also in an IGL role. It’s not an entirely unique setup (i.e. SK’s FalleN, mouz’s NiKo), but what do you believe are the benefits to having a fragger that’s also a leader?

The only thing I see here is that it gives you more credit when you ask something to your players and it boosts their confidence and their trust in you.

Regarding SmithZz, there was a fairly popular video of SmithZz teaching ScreaM a smoke spot on Nuke during ECS. How often does this on-the-fly teaching/strategy happen? How much of an impact does SmithZz have strategically within the team?

Hahaha! It never happens. That was just because Nuke is still a new map and not everyone knows everything on it.

Talking about SmithZz, he is the guy who knows the most about flashes, smokes or molotovs on every map. So when I want to have a special tactic for a site, I just ask him to come up with it and we can make it better together. A lot of strategic stuff comes from him.

Most recently, you guys competed in ECS, having a shaky start in the groups, but smashed the playoffs. Was this the team at full strength or were you guys holding back before the Major?

We just lost where we had to lose, we spoke about the other matches and rediscovered how good we are as a team, the only thing we had to do was to do it.

You guys had a strong showings on Nuke so far, do you believe it will be a key map during the Major?

I don’t know if it will be a key map during the Major, but for sure we are not afraid of anyone on this map.

You guys are in the group of death for the event, against FaZe, Fnatic and SK. Assuming you watched the draw live on Twitch, what was your reactions as the group was being revealed? How will you guys approach going into the group?

We were just laughing like hell. It's random and we can’t do anything about it.

Going into this group, even if we had good results in the past weeks, we still consider ourselves as underdogs and not favorites. So we will definitely go without any pressure, which I think is the best way to start such a tournament

This interview has been edited and condensed for clarity.

Dennis "Tarmanydyn" Gonzales is a news editor for theScore esports who enjoys whiskey, D&D and first-picking Abaddon Slardar Clinkz Medusa Oracle a P90 my Souvenir Negev. You can follow him on Twitter. 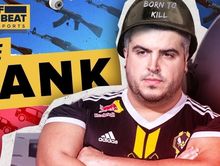 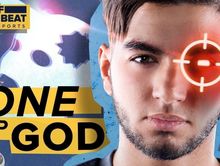 Feb 24
Counter-Strike: GO
The Rise and Fall of CS:GO's Most One-Dimension...

a year ago
Counter-Strike: GO
kennyS is Back: How Foreign Blood Brought G2 to...

4 months ago
Counter-Strike: GO
How the Man Who Never Gave Up Pulled Off CS:GO'...